Please join the National Foundation for Human Potential in celebrating this year’s honorees. We are thrilled to recognize the achievements of two of our exceptional humanitarian partners, both dedicated to our mission and outstanding contributors to FREE. 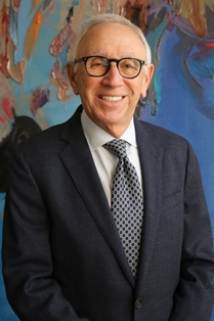 Chuck Merritt
Philanthropist of the Year

Chuck Merritt is the president and sole owner of Merritt Environmental Consulting Corporation (MECC) which is headquartered in Hauppauge with satellite offices in Florida and Vermont. Chuck first developed an environmental division at a New York City based engineering firm in 1993. He spent the next twenty (20) years building that department until branching out onto his own to form MECC in 2009.

Chuck is a recognized expert in the field of environmental consulting and an Environmental Professional (EP) as defined by the American Society of Testing Materials (ASTM) governing body, and a Leadership in Energy & Environmental Design (LEED) Accredited Professional (AP) as defined by the United States Green Building Council (USGBC). He has been listed by the Long Island Business News as a “Who’s Who in Engineering and Environmental Consulting” in 2007, 2013 and 2015. In addition, Chuck was honored as one of the “Top CEO’s of Long Island “in 2014 and acknowledged as a distinguished business leader in 2016 by the Advancement for Commerce Industry Technology (ACIT).

Over his twenty-five (25) year career, Chuck has seen many changes to the environmental consulting industry including the evolution of the ASTM standard which was first released in 1994. Considered the “go-to” standard in the industry, it has morphed from identifying obvious signs of contamination (defined as a Recognized Environmental Condition) to concepts such as vapor encroachment and vapor intrusion that dominate today’s headlines. Chuck has been called upon by lending institutions to help craft internal guidelines used by senior management to help manage the potential environmental risks a site may present prior to making a loan.

Chuck was a featured panelist at a Long Island Real Estate Group (LIREG) event in which the discussion focused on how to turn environmentally challenged real estate into financial gains. In addition, Chuck was a moderator of an environmental panel at the Long Island Commercial Real Estate Expo (LICREE) trade show hosted at the Huntington Hilton. Chuck has also been a guest lecturer for the Community Bankers Mortgage Forum (CBMF); Metropolitan Mortgage Officers, NYU Masters in real estate program; and has presented a Continuing Legal Education (CLE) approved program for real estate attorneys. Chuck has served as Chairman of the Young Mortgage Bankers Association (YMBA) and Governor for both the Mortgage Bankers Association and the National Realty Club.

Chuck graduated from Adelphi University and was President of Tau Kappa Epsilon (TKE). He currently resides in Plainview with his wife Carol, and two sons (CJ and Zachary) and enjoys coaching his boys in hockey and golf. In 2009, Chuck put on the boxing gloves to help raise money for Long Islanders in need at the annual Fight for Charity boxing tournament.

Prior to his retirement earlier this year, Shelly had, for 42 years, been a senior partner at Meltzer, Lippe, Goldstein & Breitstone, LLP, one of Long Island’s largest law firms. He is a graduate of Syracuse University and the Boston University School of Law and has been listed in “Who’s Who in American Law”.

Shelly has always dedicated himself to public service. He was a member of the Board of Directors of Friends of the Arts, the American Jewish Committee, North Shore Synagogue and the Jewish National Fund where he served as Vice President of the Board of Greater New York.

Shelly has derived great satisfaction in providing legal counsel to both civic and religious groups. As a member of its building committee, Shelly assisted Planned Parenthood of Suffolk County in the acquisition and renovation of its new building. He was also a member of the Board of Trustees of North Shore Synagogue and involved in its expansion project. Shelly was also the recipient of the “Israel Peace Medal” presented by the State of Israel Bonds.

After the tragic fire in 1992, during which TRI’s offices and records were completely destroyed, Shelly, along with other members of its Executive Committee, met consistently to work through the myriad of problems associated with such a disaster, including, but not limited to, securing temporary space and ensuring that TRI’s programs would continue uninterrupted. Shelly has continued to serve as Vice Chairman of TRI’s Board of Directors, prior to its merger with FREE.

Since his retirement Shelly now volunteers with the FREE Players Drum and Bugle Corps., Family Residences and Essential Enterprises Proudly Presents Shelly with the “Lifetime Achievement Award” for his many years of dedication to the agency.